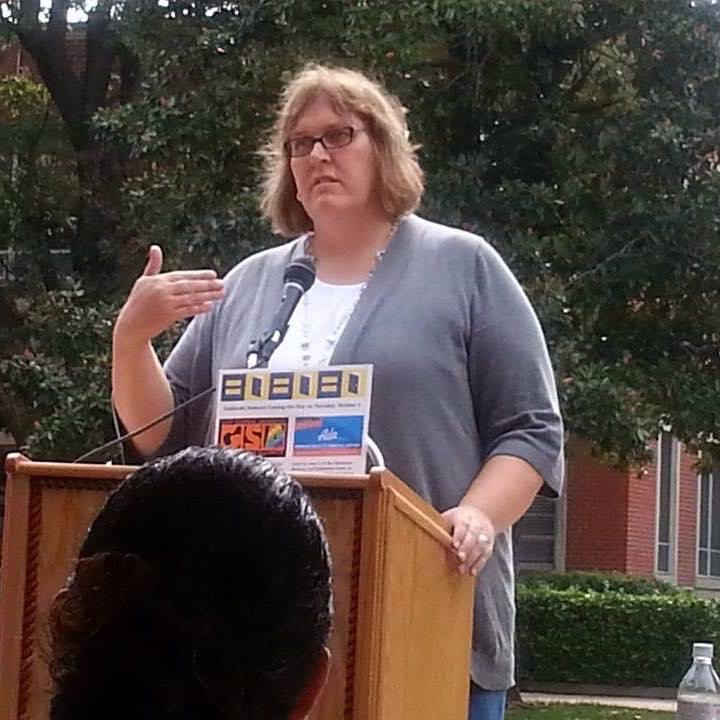 We are so grateful to have Paula Sophia Schonauer contribute her story regarding the ban on transgender military members being lifted Jan 25, 2021. Paula, an author of Shadowboxer, activist and featured in the documentary Real Life Test has an amazing story to tell as a transgender person experiencing life in the military. We hope you will find greater understanding as to how powerful and important these actions are from President Biden, and how Paula’s story is full of courage and hope.

Master Sergeant Woodard leaned close, a serious stare and a firm tone to his voice. “I have to ask you these questions. It’s required.”

Woodard continued staring at me like he was sizing me up. “Have you ever engaged in sexual activity with another man?” the tone of his voice low, almost furtive.

Though it was a question, it felt like an accusation, and though I had never had sex with a man, I felt guilty, almost transparent. I could feel heat on my face, and I was afraid I would be seen as a liar even though I was telling the truth.

“No,” I said, but then I thought I should say something else, maybe even act offended, maybe pissed off. Then, I thought I might seem to be protesting too much. My mouth went dry, but I managed to squeak, “No, I haven’t.”

Woodard did not back down, his gaze unrelenting. “Have you ever thought you should have been born a girl, or have you ever felt the compulsion to cross dress?

I froze, and I thought he had penetrated my mind, seeing my secrets. Had he been told something about me? But then, I wondered who could have revealed these secrets. After all, I hadn’t ever told anyone I had been uncomfortable being a boy and then a young, eighteen-year-old man.

As far as crossdressing?

Yeah, I had done it, secretly late at night in the dark attic of a house I had lived in most of my young life, the only light from a flashlight I had taken with me, the clothing an old dress I’d stolen from a bag of old clothes my mom had intended for Good Will, the underwear I had taken from a laundry basket in the basement, a wig I had used when I dressed as a pirate the Halloween before. While dressed, I stood in front of dark windows, trying to imagine myself as a girl, haunted by the opaque reflection in the glass, a ghost of myself that would haunt me for years to come.

It felt like I had been silent a long time, and self-consciousness compelled me to almost vomit an answer, “No, I don’t cross dress.”

Not exactly a lie, a truism. I was not currently crossdressing, hadn’t done so for years at that point.

Woodard smiled and side-punched my left arm, jerking me out of my self-imposed trance. “Good,” he said. “You had me wondering for a moment there.”

My feelings of guilt returned. I almost asked, “Really?”

Woodard laughed. “Relax. If I thought you were queer, I would have never let you get this far in the enlistment process. Too much work.”

I enlisted in the United States Army in 1984, nearly a decade before Don’t Ask Don’t Tell. These questions were routine because homosexuality and gender nonconforming behavior were seen as psychiatric conditions indicating a perverse lack of morals and compromised integrity. Conventional wisdom asserted that LGBTQ people were a threat to good order, high standards of morale, discipline, and unit cohesion (tragically more than a decade after homosexuality had been removed from the Diagnostic Statistics Manual for mental health disorders).

When I was about to receive a commission as an officer four years later, the Professor of Military Science at my ROTC attachment asked me those questions again. I was more prepared this time, my pose fortified with a resolve to never breathe a word of truth about my sexuality and gender identity.

I remember feeling less than honorable, ashamed that my military career had begun with a lie, and this lie bothered me, creating a resolve that I would be a man of integrity in every other way, to be a stalwart example of manhood, a truthteller even in moments when telling the truth was inconvenient or consequential. And, for the most part, I was able to live that ideal, at least outwardly.

The lies I told made me feel like an imposter, not simply because I lied when asked direct questions, but because these lies laid a foundation for a fortress I would continue to build throughout my time in the military, a fortress that would keep me from accessing my true self, a fortress of isolation and painful loneliness. I rationalized that soldiers are often asked to sacrifice their lives in service to their country; I could at least sacrifice my gender identity.

By the time I served in Operation Desert Storm, I secretly hoped I would die in combat, and it didn’t have to be a heroic death (though it would have been better if it were), just an honorable death, one that would enshrine me among the sacred dead who had bled and died for their country.

Surviving the Gulf War left me wondering, what now?

Well, I was a husband, a young father, a first lieutenant, totally embedded in my life as a man. There was no way out, I thought, so I decided to become a police officer, similarly hoping I might die on duty, my name on a wall, and my secrets buried with me.

At times, I have wondered about the soldier I might have been had I been able to serve openly as my true self. Perhaps I would have been a Medical Service Corps officer practicing clinical social work in the Army, a vocation I had considered as a young man, but I was afraid to be seen as less than manly, thus accepting my appointment in the Field Artillery career branch, a combat arms officer. Perhaps, I would not have felt like an imposter, free from the psychological stress of hiding a secret, hiding desires I dared not express, always on guard. Perhaps I would have been more focused, more effective, less ambiguous about myself, and more decisive in my leadership.

I don’t think I failed as an officer in the Army. My records prove otherwise. One of my officer evaluation reports lauded my integrity, and when I signed my name on the paperwork, I remember thinking, “Well, if you only knew.”

The burden of lies.

I was lucky to be in Washington DC during the Summer of 2016 when Secretary of Defense Ashton Carter announced that transgender service members could serve in the military open as their true selves. I remember attending a Pride event at the Pentagon days before the announcement, our expectations building at the pending news. We were hopeful and jubilant, and I was in awe to be at the center of the Pentagon, the enclosed court yard, as an out and open trans woman, celebrated as a veteran, and welcomed. That halcyon experience, a golden moment that allowed me to feel proud of my service without mitigation or ambiguity. Oh, to be an active service member during that time, to finally be acknowledged and allowed to serve.

As we all know, that wonderful victory turned sour only months later when Trump rescinded open service for trans people in a Tweet, reversing a significant civil rights advancement. I know, personally, service members whose careers ended during the last four years, hounded out of the military or disallowed reenlistment, training opportunities, and promotions.

During the last four years, we have seen corruption and compromised integrity in people like Lieutenant General Michael Flynn, General John Kelly, and other retired and/or currently serving military officials in the Trump Administration. To me, they have tarnished the honor of military leadership, compromised unit cohesion, broken discipline, and violated the morals expected from military officers. Their selfishness and cynicism have harmed the Department of Defense and the office of Commander in Chief.

In my opinion, President Biden’s restoration of open service for trans service members is a statement for transparency in the ranks, a statement that values truth ranging from personal to professional. It is my hope that trans service members, present and future, will have the opportunity to prove their merit and leave a positive mark on their units and cohorts. It is time to unburden ourselves of lies and to eradicate the systems that compel those lies.

We are so grateful for Paula’s story. And we know there are more amazing and heroic stories of transgender military members serving currently or in the past. We would love to hear from you! Just reach out to us at [email protected]. 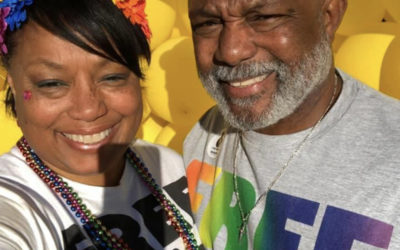 We invite you to hear from our amazing SoCal Chapter Leader, Valencia Foster. Her perspective as a woman of color and mother of an LGBTQ+ child is priceless to us at Free Mom Hugs. We hope you will receive a deeper understanding that can only come from a personal... 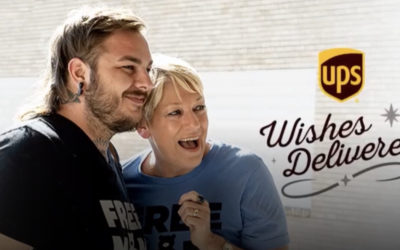 Wishes, dreams and love were delivered in early December thanks to our generous supporters and with help from our friends at UPS. After seeing the care packages we sent out over the summer on social media, UPS was so moved by the gesture they wanted to collaborate... 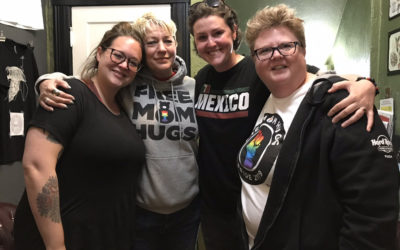