The first Pride was a riot. 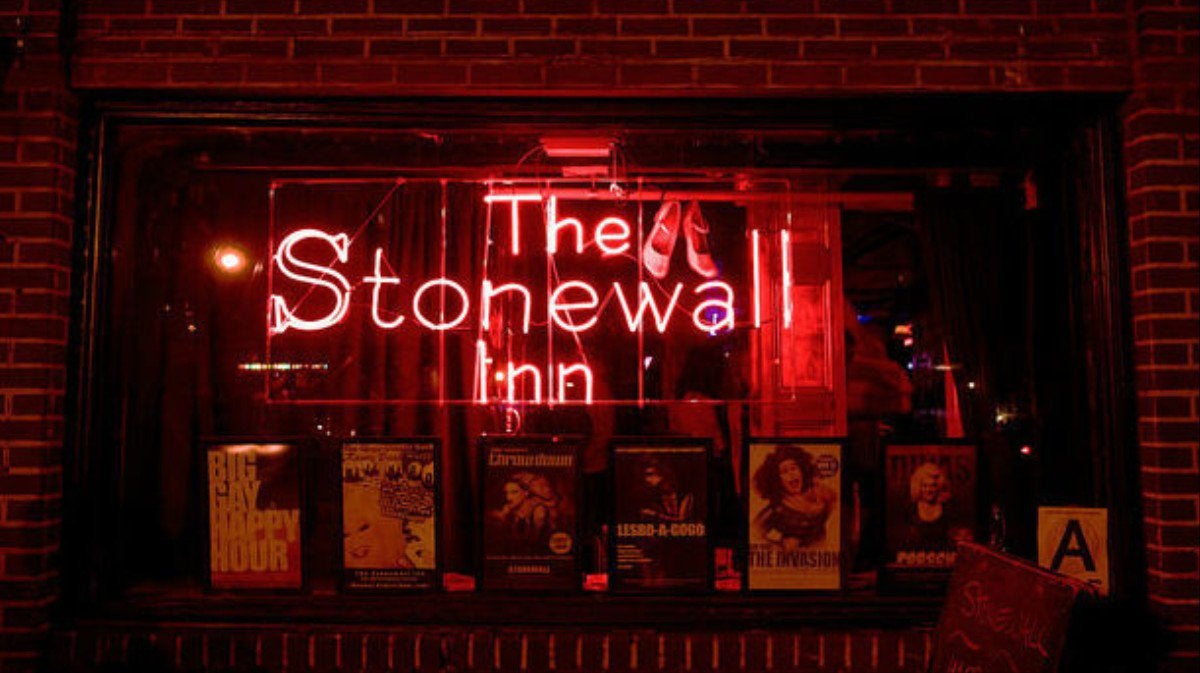 Special guest blogger: Spencer Shoup. You may recall Spencer’s story from one of Sara’s snail mail videos. She shared a letter and artwork from a young man sharing how important Sara’s videos have been as they have traveled the transiton journey with unsupportive parents. Spencer later joined us for our Free Mom Hugs Virtual Tour giving us even more insight and understanding into the need for acceptance from family members. We are so grateful to be able to share Spencer’s voice with you all.

The first pride was a riot. How many of us have seen that phrase circulating facebook and had no idea what it actually meant? *Raises hand* I know I sure didn’t. I’ve heard the stories of the gays, and the queens and the dykes fighting back against the police at Stonewall, setting off the revolution that would bring more freedom and rights to Queer people. Still, I had no idea how brutal, messy, dangerous and controversial those riots really were until this week.

The actual, true events that sparked the Gay Liberation Movement on the night of June 28th, 1969  at the Stonewall Inn are shrouded in myth. According to Jim Fouratt, when police arrived that night for a routine raid based on the appropriate dress statute, the patrons there experienced “an ‘internal rebellion,’ one in which ‘internalized homophobia flew away.’” Martin Boyce, in an interview with the New York Times remembers being gay in New York like this: “The routine police stops, regular attempts at entrapment and raids of establishments frequented by gays all contributed to an atmosphere in which being gay meant feeling hunted. ‘We all had our lists in our heads of friends who were beaten, maimed, thrown out of their house, informed on by the cops — tragic stories,’ he said. ‘But there was nothing you could do about it.’”

Something inside the gays and the queens and the dykes present that night broke. They had been beaten, raped and harassed just for being themselves too many times. These actions against them were perpetrated by the police. It was lawful. Finally, inside them rose the question, why are we putting up with this?

Why are we putting up with this?

Sylvia Rivera recalls, “I don’t know if it was the customers or it was the police. Everything just clicked.” The police had arrived at the Stonewall, as usual, to collect their payoff for ignoring violations of the appropriate dress statute, among other unjust laws meant to burden queer people. Customers were moved out of the bar and across the street. The following is an account of what Ms. Rivera remembers:

“And everybody like, ‘All right, we got to do our thing. We’re gonna go for it.’ When they ushered us out, they very nicely put you out the door. Then you’re standing across the street in Sheridan Square park. But why? Everybody’s looking at each other. ‘But why do we have to keep on constantly putting up with this?’ And the nickels, the dimes, the pennies, and the quarters started flying.”

The customers of the Stonewall threw change to symbolize the payoff that the police were collecting. Until the night of June 28th, 1969 “the people hanging out outside the bar would scatter at the police’s arrival. ‘We always listened to them, we always broke up,’ Mr. Boyce said.“

We stand on the shoulders of giants.

Without a doubt, the freedoms we have today as Queer people would not exist without the brave patrons at the Stonewall Inn that night. The cultural status quo, enshrined into law by a powerful majority, kept queens and dykes and gays in secret, mob run bars. It allowed butch lesbians to be jailed for wearing men’s clothing. The status quo in America said that our people should not exist; were not allowed to exist. The customers at the Stonewall decided to finally disagree out loud.

While I do not believe that protest is the only answer to injustice, I know that our entire country owes a debt of gratitude to those who came before us and rose up together against powerful forces. From the Boston Tea Party, to the Civil War; the Suffragette movement to the Stonewall Inn, our fore runners fought for every American’s right to be represented, free, counted and proud. I am deeply grateful for the sacrifices made for me by these brave citizens.

This pride month especially, in the midst of another bout of unrest in our America, I recognize the uneven ground our citizens stand on, and I work and hope for a better future for every person. 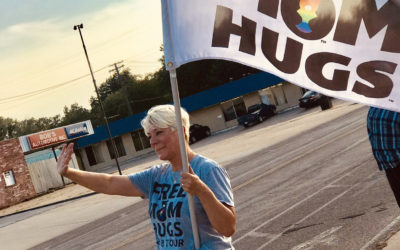 A YEAR IN REVIEW. Actually it’s 7 years.  In 2014 my youngest son came out to me. He said, “Mom I met someone, and I need you to be okay about it.” I didn’t take the news well. I said some things and acted in ways that I regret. When he came out of his... 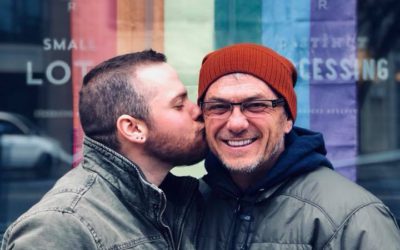 I Did Not Grow Up Gay

Guest Blogger Ethan Avanzino I did not grow up “gay”.  My attraction to men hasn’t changed; only the terminology used to describe my attraction. For the first twenty-something years of my life, that word was “straight”; however, post-transition, that word is... 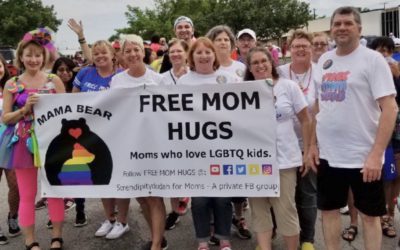 Those magic moments when you first saw the impact of Free Mom Hugs and what those moments meant in the life of an LGBTQ+ person or how it affected you as an ally. Our board members spent a wonderful evening via zoom with Joan Garry, Non-Profit Consulting as we...