May Her Memory Be a Blessing 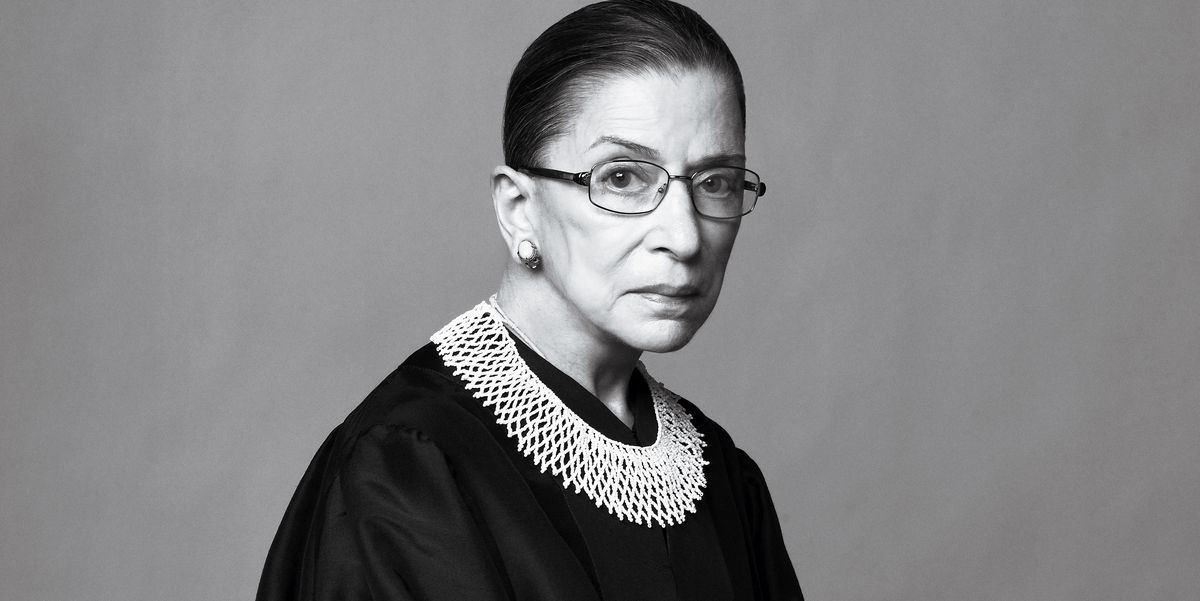 Justice Ruth Bader Ginsburg passed away Sept 18, 2020 and the news sent many within our LGBTQIA+ circles into a deep state of loss.

Justice Ginsburg has been a mighty force for justice and equality, and has been especially dear to the LGBTQIA+ community and to those who fight for their rights and freedoms. She has spent her career being the voice of the marginalized, having the courage, tenacity, and strength to continue on when so many become tired in their activism or their voices of the oppressed become quieted.

She was tiny but mighty. One of many allies that we will continue to stand on the shoulders of as we move forward to creating a world that is kinder and safer for all.

The Free Mom Hugs organization feels the loss of Justice Ginsburg deeply. Board President, Lindsey Miller said, “Justice Ginsburg wasn’t just a champion of equality, she truly was a champion of justice. She lived and breathed the tenets of The Supreme Court of our nation. Just as we hope all of those who serve our highest court should. All Americans are better because of her service. And we, at Free Mom Hugs will forever be aspiring to walk in her footsteps.”

When There are Nine

Justice Ginsburg graduated at the top of her class from the Columbia School of Law, founded the Women’s Rights Project at the ACLU and argued cases of women’s rights and gender justice before the Supreme Court. She has empowered and encouraged so many women to strive for no less than equality in their careers and families.

“The 300 gender discrimination cases which she fought as a lawyer, as well as the landmark opinions on gender and sexual orientation which she made as a Supreme Court Justice, are the cornerstones of her lifelong career. From her proudly worn ‘dissent collar’ to her quite literal and fiery dissent in 2013 on the Court majority’s ruling of the Voting Rights Act, Justice Ginsburg has been a pillar of civil liberties and human rights. Her presence on the bench, in the movement and in this world will be sorely missed. Rest in Peace, RBG. Today, we-and the world-lost a true giant.” – Los Angeles LGBT Center CEO Lorri L. Jean

The latest Supreme Court ruling, June 15, 2020, Bostock v. Clayton County, which found LGBTQ discrimination was a form of sex discrimination, and thus illegal under Title VII of the Civil Rights Act. Was a historic ruling for the LGBTQIA+ community and for those who invest in advocating on their behalf. The ruling granted protection to LGBTQIA+ people wherever there are laws against sex discrimination, including employment, education, health care and housing. Shannon Minter, legal director for the national Center for Lesbian Rights, said, ”Although the former U.S. Associate Anthony Kennedy and U.S. Associate Justice Neil Gorsuch were the authors of major LGBTQ rights from the Supreme Court, Ginsburg was the most important voice for LGBT people.” (Washington Blade)

“Today, we lost an unqualified, undisputed hero. She wasn’t just an iconic jurist, Justice Ginsburg was a force for good —a force for bringing this country closer to delivering on its promise of equality for all. Her decades of work helped create many of the foundational arguments for gender equality in the United States, and her decisions from the bench demonstrated her commitment to LGBTQ equality. She was and will remain an inspiration to young people everywhere, a pop culture icon as the Notorious RBG and a giant in the firth for a more just nation for all. We extend our deepest condolence to her family and loved ones. What she represented – fairness, justice and equality for all – we must all continue to fight for. Those principles are not transactional, they fundamental to our democracy.”

On a subject near and dear to our hearts, Justice Ginsburg was a champion for same-sex marriage. In fact, she was the first Supreme Court justice to ever perform a same-sex wedding, shortly after she helped bring the landmark, 2013 decision to make same-sex marriage legal in the United States. She officiated for Ralph Pellecchio and Dr. James Carter Wernz. Pellechio had actually been a former student of Justice Ginsburg’s at Columbia Law School. The couple had been together more than 30 years before they asked Justice Ginsburg if she would be interested in officiating for them. Both men honestly didn’t expect her to reply to their request but she did right away, asking to help pick the date. She even offered to help the couple write their wedding vows.

Justice Ginsburg and her steadfast belief in equality have made it possible for LGBTQ couples to create their own families, and start their own traditions.

Founder Sara Cunningham , no stranger to same-sex weddings, was heartbroken at the news of her passing. She knows full well the rights that the LGBTQ community has not always had, beginning when she realized that her straight son had more rights than her gay son.

In response to the sad news, Sara said, “Though I did not know Ruth Bader Ginsburg personally, she knew me. She knew my family, and the community we serve through Free Mom Hugs. It was evident with everything she did. She showed up like her hair was on FIRE. I like that!”

Justice Ginsburg has been on the frontlines of change and equality for all marginalized people, but we certainly see her hands within the freedoms the LGBTQ community currently embrace and enjoy.

She has fought tirelessly for the rights of all people to live, and love and experience happiness in their home country of the United States of America. Her tenacity reminded Americans to value the LGBTQ community as valuable citizens. And in doing so, she encouraged the LGBTQ community to believe that they actually deserved those rights, and that those rights were worth fighting for. We hope, here at Free Mom Hugs, that we can continue in her place to be bold and brave, and use our voice for those who have been quieted. The time is now to press harder in our mission to educate and advocate on behalf of our LGBTQ family and friends. And to work together to make this world a kinder, safer place for all. 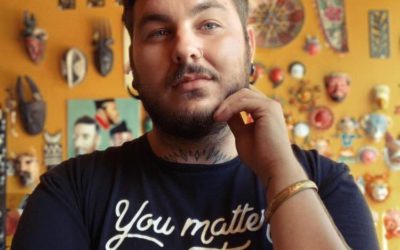 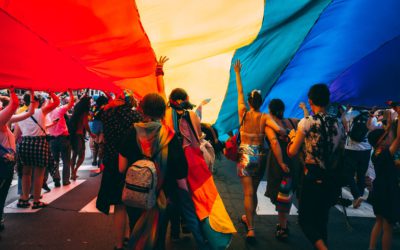 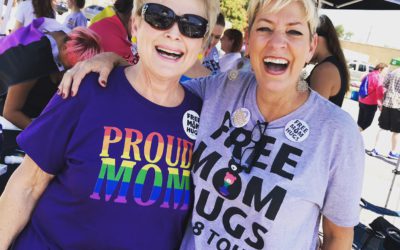 Proud Mama Bear Free Mom Hugs founder, Sara Cunningham celebrates her birthday this month, and we at Free Mom Hugs can't help but celebrate all she has done for the organization, but also for families, and the LGBTQIA+ communities as well. Sara works tirelessly being...