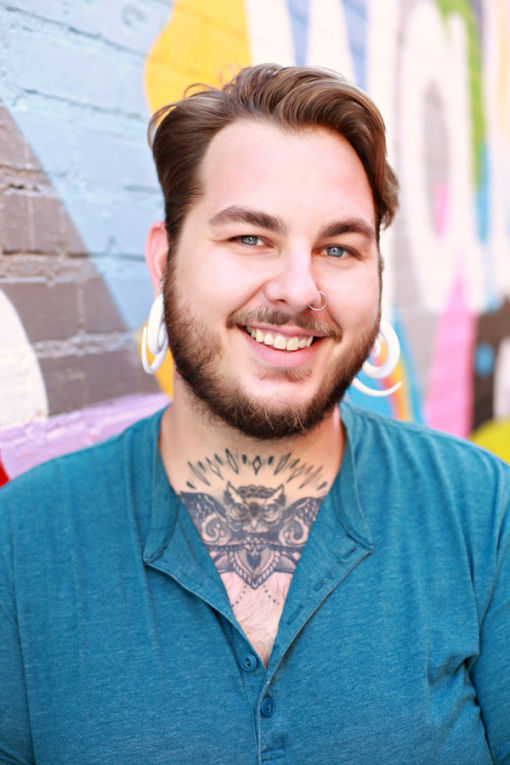 Parker is a mixed media artist and singer songwriter. A person of many creative talents, his voice is
invaluable in speaking for LGBTQ+ youths.

Parker came out to his family several different times, but his mother – Free Mom Hugs founder Sara
Cunningham – didn’t accept his sexuality from her religious stand point. His navigation through being
gay in a conservative, faith-based community without support from the church or family members
forced him to educate himself and find his voice.

“I finally realized I had to stand up not just for myself, but for my community,” he said.  This lead him to
an important lunch and ultimatum for Sara: to stand beside him or without him. Sara then educated
herself, and their journey forward lead her to becoming an affirming parent, allowing them to work
together as advocates.

Parker’s LGBTQ+ advocacy really began in a salon chair. As a hair stylist of 10 years, specializing in
tutorials and styles for those transitioning through gender reassignment, Parker also had a largely
LGBTQ+ clientele. Now he puts his experience to use with Free Mom Hugs.

“It’s overwhelming sometimes talking about the hard ships every day but I’m learning to grow from that,
too,” he said. “I want to represent the LGBTQ+ youth. I want to be the resource and safe place that I
needed for the kids now.”